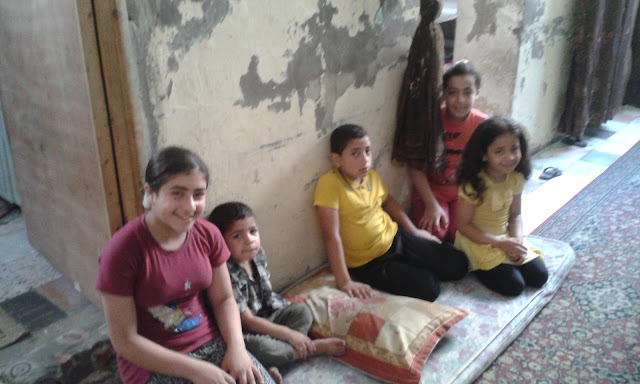 I went down alone on a very hot day. It was 40 degrees Celsius. Sabah met me at the border as usual. We had to do some banking first and was told to return the following day. We began by going to the office to discuss the coming school year. School materials would be given the teachers early in September as usual. Registration would begin at the beginning of September and actual classes would begin mid-September. An outing with all the schools we’d try to do on our next visit.


Politically things are changing as Moh'd Dahlan who is challenging Mamoud Abass's leadership has been visiting Arab nations for financial support. He has given Egypt five million dollars to create two boarder passages between Egypt and Gaza one for materials and one for people to pass complete with camera, computers and controls. This means that Egypt is ready to open the border for 24 hours for everyone.


Sabah hopes to go soon to Egypt as she hopes to take her vacation later this month. Her husband Nazem her daughter Ream and she have gotten the visa for Jordon to travel and await now the permission form Israel to leave via Eretz for a month. Only the medical program is going on in July and August due to few funds for the emergency relief program at present.


Not having seen Dr. Amina for months nor Jamil her husband, both of whom volunteer hours for us each month we decided to visit them. They are fine and have one daughter still at home with them. Both of their sons are abroad as are Sabah's.


The following day we went to the bank we visited two families living in terrible conditions. Both Sabah and I took some pictures of their buildings. The first family needs a bathroom and a simple kitchen and flooring, the second two families who live in the same building on two floors. They need new roofs and bathrooms and simple kitchens. I wrote Oliver and Maren to see if they are ready to send us the funds for the food program a bit early and asked if they could help with two more home renovations.


Fr. Stan is back and we have asked him to try to keep our website up to date.


My older sister is in the fourth degree of cancer which has attacked several organs of her body, so she won't live long. This was discovered only two weeks ago. Perhaps I will be going home to be with her and the family in August. Please keep her in your prayers, her devoted husband, great children and grandchildren and all of us.

Visit of Sister Susan in June 2017 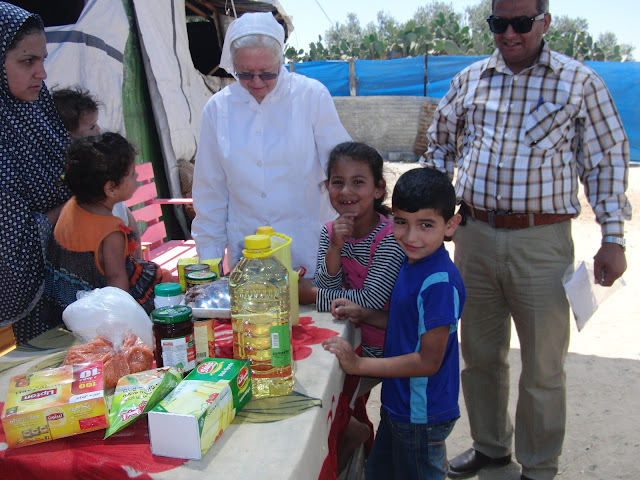 I down alone this time and the weather was lovely. Right away we distributed food bags to 9 families who all lived in the same general area in the north and some poor in Gaza City. All were living in shacks or very damaged buildings due to the last war. One family had three handicapped children. Despite their poverty all the homes were clean.
Sabah told us that our present office building which was Sabah’s older home will be destroyed soon, so we must move. She is looking for a possible building to use. One possibility is a building which her son used and is still renting to be able to store his furnishing there. We will share the expenses involved.
Sabah, her husband and daughter were hoping to get permission to travel in July.
I visited Sr. Bridget and after Grada who faithfully working with Fr. Mario of the parish taking the children, teens and older women for prayer and they also celebrate all the feast days with the parish. That evening she served me a delicious meal.
The second day we went to Musaddar School and visited the very poor in this area. We saw women sitting outside preparing a meal, Families with handicapped children, a very sick woman and great poverty in each home. Many asked for food. It was not easy to witness all this distress. We would like to be able to do much more for each family. 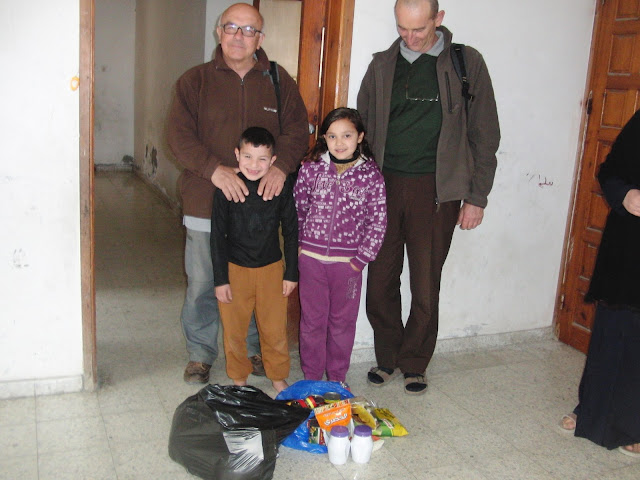 The two Brothers had a full two days with Sabah. They visited several families and especially some who had requested food. We find that many families are asking for food as the general situation in Gaza is getting worse. There is less money in circulation due to low salaries and high unemployment. The pictures tell the truth of the situation. 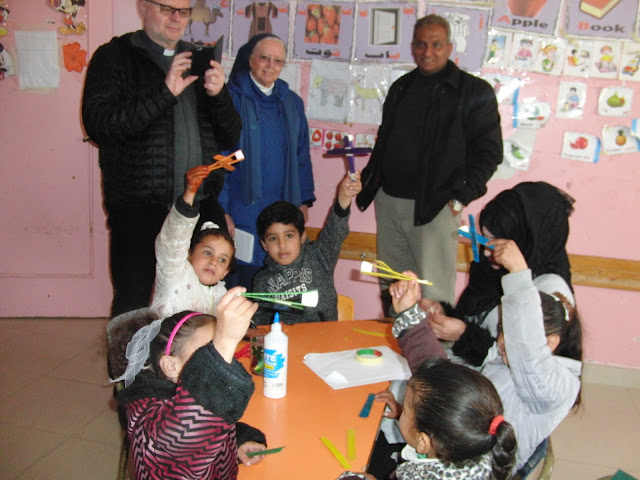 Fr. Stan and I joined Sabah and Wasel and our first stop in Gaza was at the El Arabia School where the children were busy learning their letters and some were coloring air-planes. They were eating apples. The kitchen there is very small and needs to be separated from the bathroom area. This will be studied to see if we can make this renovation.


We made some home visits and several of the families had no flooring, only sand under straw mats on the floor. They had only one foset and no running water for the bathroom. Some of the family members needed medicines and the papers for this was given to Sabah. One large family are ordered to leave their home, as they can’t pay the rent. They have no place to go. Sabah will try to help them with this. One family we know well has four handicapped women ages 25 to 45 and the mother who cared for them now has Alzheimer’s herself and needs care. A woman helps them during the day yet they need a person for the night as one of these women gets up and is aggressive toward the others in the night. We went home wondering how we can meet the needs of these families. 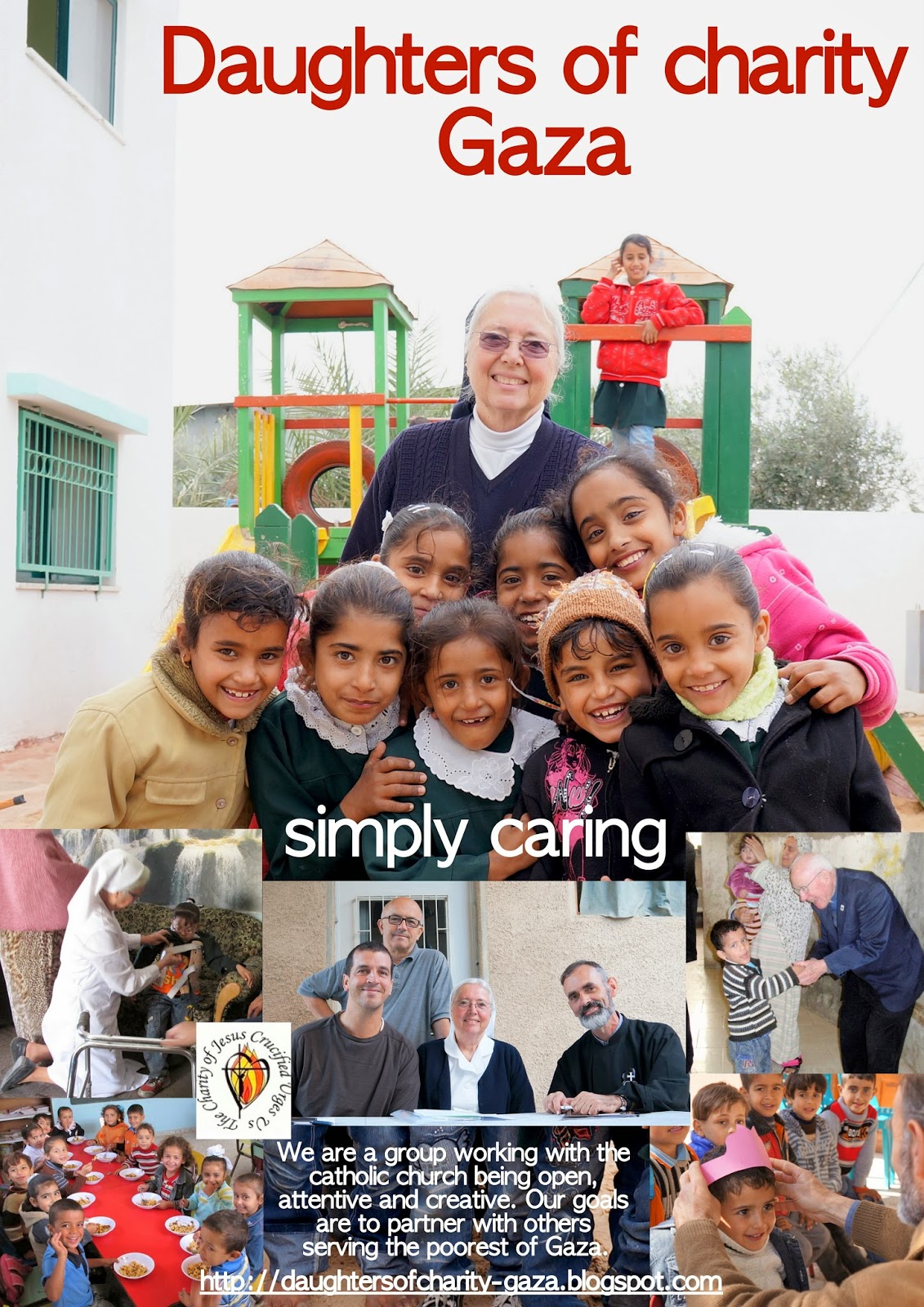